Over the past two years, the photographer’s gaze has wandered around Tokyo, focusing on Tsukiji (in Japanese 築 地 市場 Tsukiji shijō), the largest fish market in the world, located in the district bearing the same name, in the city centre since 1935.
Considered a sacred place by Japanese restaurateurs, its fame has increased exponentially, to the point that it has become one of the most visited attractions by international tourism, which now risks losing its identity, due to relocation to a different area, operations for which will begin in October 2018, to end with its definitive relocation by 2020. The scenario in which this work was carried out is the internal market (jonai shijō), frequented by wholesalers, which became famous for its tuna auctions, surrounded by the external area (jogai shijō) where the commercial activities are carried out.
The author, true connoisseur of Japanese society and in particular of the city of Tokyo, focuses his attention on the heart of the place, which can be seen through its popularity among patrons, buyers and the merely curious, aiming at fish vendors, immersed in that phase of physical and mental relaxation which comes after interminable hours of work throughout the morning, and corresponds to the end of the working day.
In Tokyo. Tsukiji, the perspective which Tanzini takes on, is unprecedented and the place is exhibited in an as yet unknown role, during the slowing down of the activity, which precedes its finalization and coincides with a necessary preparation phase, to face the portion of time in which the world is closed out.
People are captured spontaneously, showing a genuine streak, cataloguing humans, which the author manages to capture, systematize and reveal, in a visual diary filled with expressions, attitudes, situations and behaviour, work which is never rushed, in order to ensure that details and minimal relevant expressions of that moment in life are exhalted. The camera becomes an extension of the author’s own gaze, through which he transcribes his visual interception with the intention of dwelling on the framed subjects, to show us insider understanding as a total sensation, to interpret the people as allegorical figures that are part of a much more ample metaphor, aiming to represent the space of truce. Tsukiji’s market is the context which becomes a pretext, tuning into a precise aspect, corresponding to the dimension of suspension, just between the end of one thing and a new beginning. Before starting to face everything else, this interval exists, characterized by habits, moments of meditation and daily rituals, intercepted and focused in that specific situation, which translates into an interminable moment, destined by its very nature, not to be prolonged and to reveal itself as transitory.
Following the flow of the fragments, the apparently dynamic rhythm of the photographs begins to characterize pauses which attract attention, beyond contingent reality. And here we have Tsukiji, in the point of view chosen by the photographer, appearing as if it were a theatre poised between resolutions and new starts, which precedes an imminent yet unknown evolution. Destinations to which we are addressed, during a calm that is only apparently definitive and, at the same time, charged with tension, an often disordered, confused, sometimes paradoxical dimension of contemporary human existence. 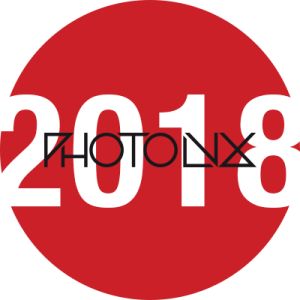