DELIGHT IN COLOUR: AUTOCHROMES AND THE GARDEN

Curated by Catlin Langford and Lisa Springer
In cooperation with Victoria and Albert Museum, Londra

Colour is the very essence of the delight of the garden, and without it, no matter how highly technical the skill of the photographer, even the best that a monochrome photograph can attain to will fail.
Robert M. Fanstone, Garden Photography by the Screen-Plate Process, 1922

Released in 1907, the autochrome was the first commercially viable colour photography process. Invented by the French Lumière Brothers, the screen-plate process proved a revelation – colour photographs could now be created simply through use of a plate camera and a set of autochromes. Reflecting on his passion for autochromes, American photographer Alvin Langdon Coburn declared he was in the throes of “colour fever”.

Filled with natural light, easily accessible and featuring multiple colourful plants, the garden proved a popular subject to photograph with the autochrome. The resulting works celebrate the colour of gardens and the unique hues associated with the passing seasons: the first yellow daffodils of spring, the pink blossom of geraniums in summer and the orange leaves of autumn, marking the approach of winter. From formal planting schemes to more wild landscapes, the autochromes illustrate early twentieth century garden designs, in addition to popular plants. The adoration surrounding the rhododendron is shown through the prevalence of autochromes depicting this plant which was desired for its rarity, foreign origins, and association with wealth and prestige.

Autochromes can only be viewed when illuminated. At the time of their creation, autochromes were exhibited via projection or backlighting with lamps or affixing plates to windows. But autochromes are extremely light sensitive and exposure to light causes the works to fade. For this reason, the autochromes exhibited at Photolux are reproductions. The format of presentation, however, recalls their historical exhibition, transporting viewers back to the dawn of colour photography.

The Victoria and Albert Museum, London holds an internationally important collection of autochromes, comprising over 2,500 plates dating from 1907 to 1934. The collection features among the most significant artists and amateur photographers of the period, including Henry Essenhigh Corke, Hugh C Knowles, G S Sansom, A W M Dickins and John Cimon Warburg. These photographers were drawn to producing studies of nature and the garden. Largely unseen, the V&A’s autochrome collection has recently been digitised and forms the basis of an upcoming publication, Colour Mania: Photographing the World in Autochrome, edited by Catlin Langford and published by Thames & Hudson in partnership with the V&A. 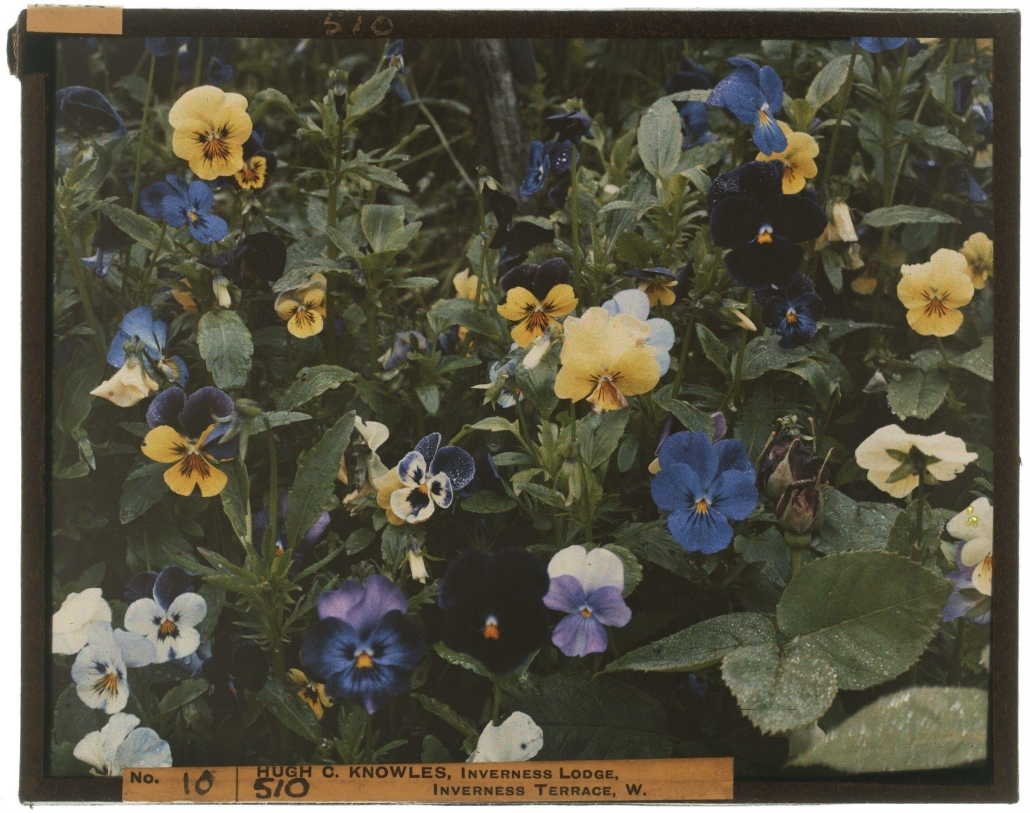 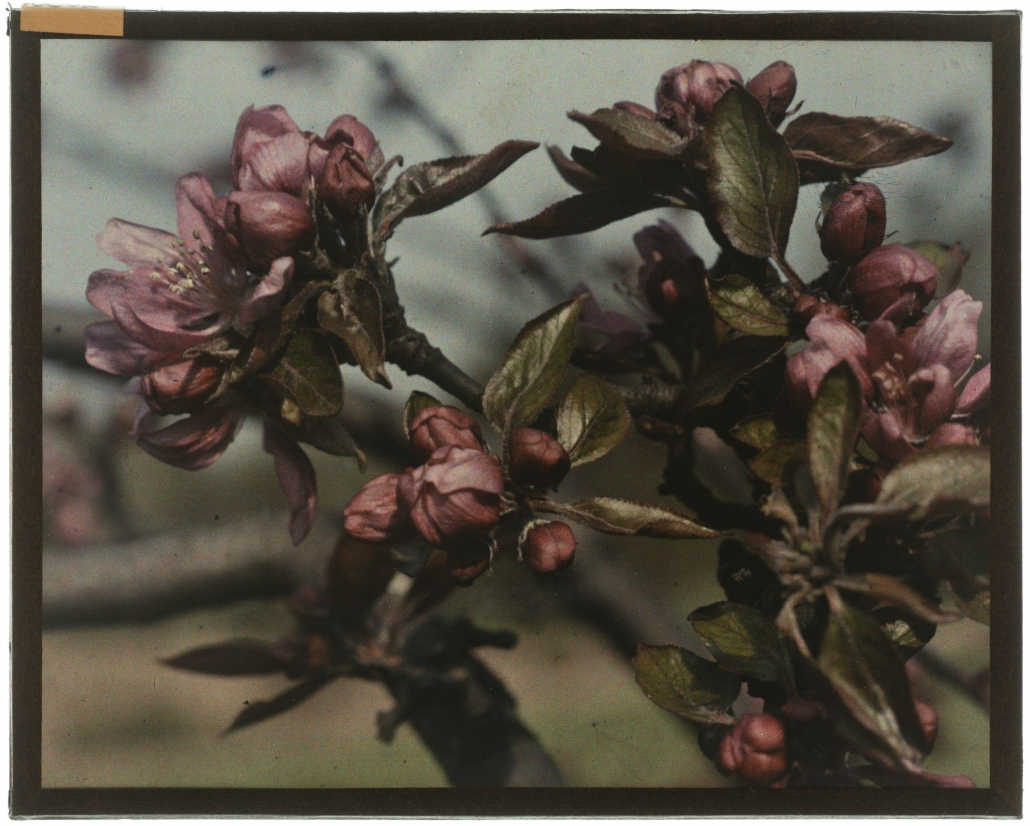 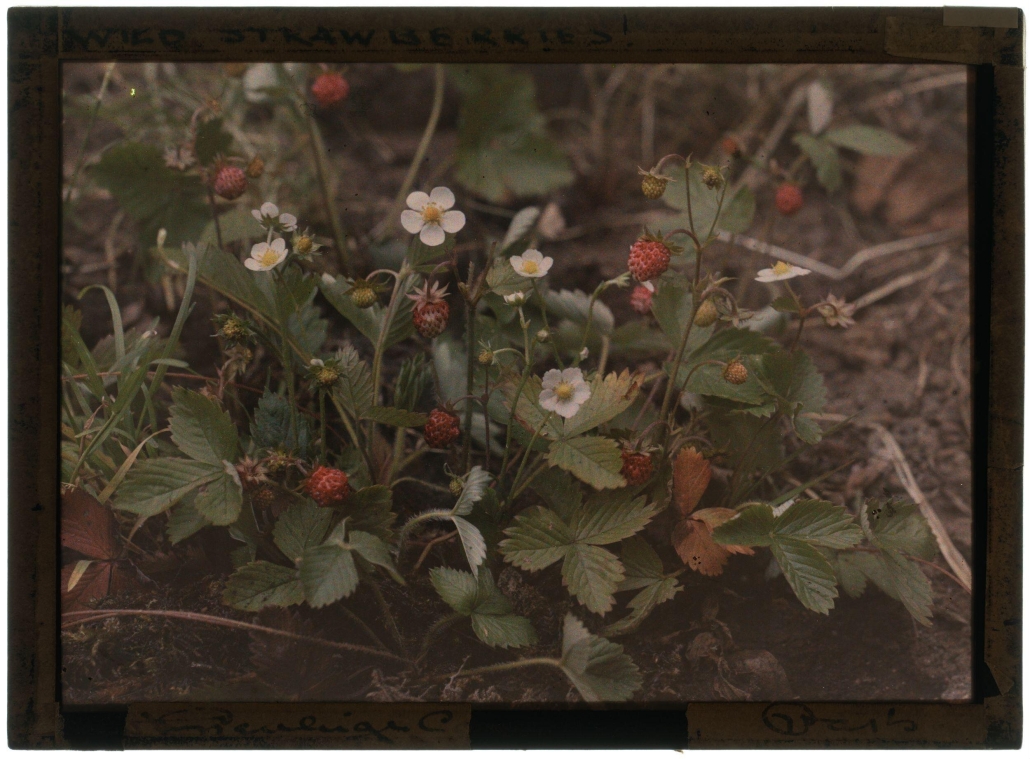